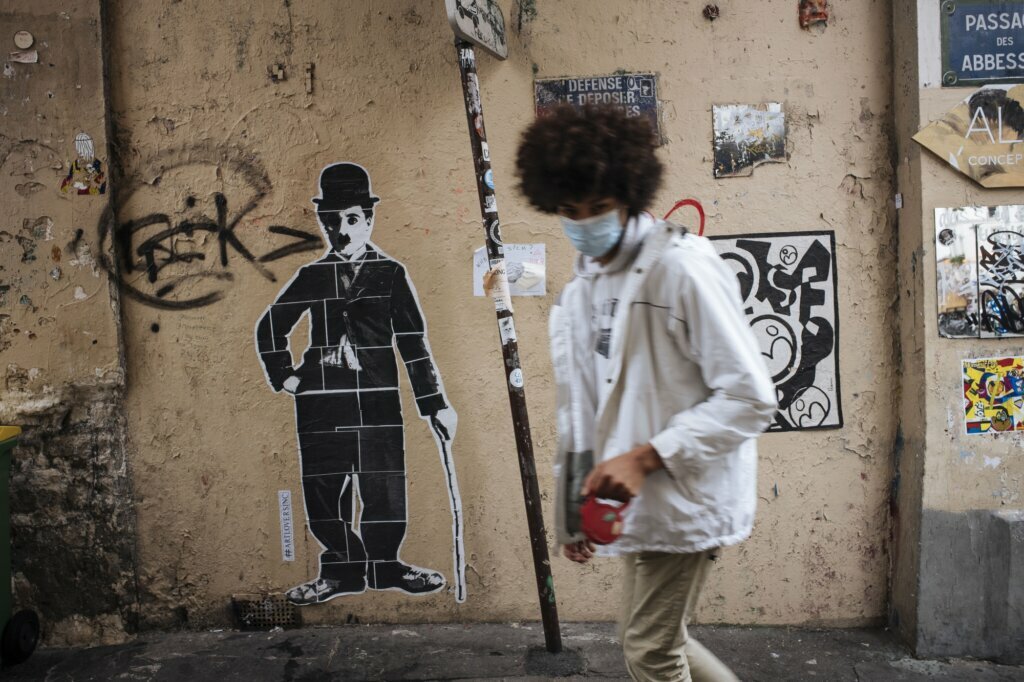 President Emmanuel Macron is convening top ministers and Prime Minister Jean Castex is meeting with lawmakers, unions and business lobbies as the government weighs its next steps in the fight against surging infections. Interior Minister Gerald Darmanin told France-Inter radio that “we should expect difficult decisions.”

Among possible new measures for the hardest-hit areas are lengthening existing curfews, full confinement on weekends or all week, and closing non-essential businesses.

France is now reporting more than 350 new cases per 100,000 people each week, and nearly 18% of its widespread tests are now coming back positive. It has reported Europe’s third-highest virus death toll, at more than 35,000 lives lost.

HERE’S WHAT YOU NEED TO KNOW ABOUT THE VIRUS OUTBREAK:

— World Series is being played at a neutral site in front of smallest crowds in a century, but Dodgers and Rays are just happy that some fans are there

HERE’S WHAT ELSE IS HAPPENING:

MOSCOW — Russian authorities on Tuesday have issued a nationwide mask requirement amid a rapid resurgence of the coronavirus outbreak.

Health authorities registered 16,550 new cases and 320 new deaths on Tuesday, the highest daily death toll since the beginning of the pandemic.

Russia’s public health agency, Rospotrebnadzor, ordered all Russians to wear masks in crowded public spaces, on public transport, in taxis, at parking lots and in elevators starting on Wednesday. The agency also recommended regional authorities put a curfew on entertainment events, cafes, restaurants and bars from 11 p.m. to 6 a.m.

Russia has the world’s fourth largest tally of over 1.5 million confirmed coronavirus cases. The government’s coronavirus task force has been reporting over over 15,000 new infections every day since last Sunday, which is much higher than in the spring.

Despite the sharp spike in daily new infections, Russian authorities have repeatedly dismissed the idea of imposing a second national lockdown or shutting down businesses. Most virus-related restrictions were lifted during the summer.

In a message to The Associated Press, Elke Pattyn said Wilmes “is getting better every day” although she will stay in intensive care until further notice.

Wilmes, who as Belgium’s leader led the country’s fight against the coronavirus, was hospitalized last Wednesday.

The 45-year-old Wilmes handed the reins to Alexander de Croo earlier this month and is now Belgian’s foreign minister. She was in charge when the first wave of infections hit the country this spring. She says she thought she got infected within her family circle.

In its report Tuesday, the Health Ministry also listed 488 new fatalities from COVID-19 in the previous 24 hours, raising the overall death toll to 119,502.

India’s overall total of cases for the pandemic is nearing 8 million, trailing only the United States, which has over 8.7 million.

The case number reported Tuesday is the lowest since India had 35,065 newly confirmed infections on July 17. Last month, the country hit a peak of nearly 100,000 cases in a single day, but daily infections have been decreasing since then.

FRANKFORT, Ky. — Kentucky’s governor is urging people in the state’s counties hit hardest by the pandemic to take stricter steps to contain the spread of the coronavirus.

Gov. Andy Beshear stressed Monday that he is only offering recommendations — not mandates.

Beshear says people should avoid hosting or attending gatherings of any size. He says employers should allow employees to work from home when possible, and noncritical government offices should operate virtually. Also, he says, in-person shopping should be reduced, with people opting to order online for pickup.

The recommendations are aimed at the 55 counties — nearly half of all Kentucky counties — with the highest infection rates. Those counties have a daily average of at least 25 new virus cases per 100,000 residents.

SPRINGFIELD, Ill. — Illinois Gov. J.B. Pritzker is again imploring people in his state to prevent the spread of the new coronavirus, which can cause the sometimes deadly COVID-19.

During his daily briefing Monday, delivered from the OSF St. Francis Medical Center in Peoria, Pritzker said there is a “COVID storm on the rise, and we have to get prepared.”

Pritzker spoke two days after Illinois officials reported 6,131 coronavirus infections, which was a new single-day high for the state.

His public health director reported another 4,729 fresh cases Monday, with 17 deaths from COVID-19.

JACKSON, Miss. — Mississippi Gov. Tate Reeves is expanding a mask mandate to seven additional counties to try to control the spread of the coronavirus as cases increase rapidly in some areas.

His new order takes effect Wednesday and lasts until at least Nov. 11.

Sixteen of Mississippi’s 82 counties will now have a requirement for people to wear face coverings when they are indoors away from their homes. Social gatherings in those 16 counties also will be limited to 10 people indoors or 50 people outdoors.

Reeves says the restrictions are in counties that have had at least 200 confirmed virus cases or at least 500 confirmed cases per 100,000 residents during a recent two-week period.

WASHINGTON — The White House coronavirus response coordinator said Monday that North Dakota’s capital city had the worst COVID-19 protocols she’s seen in her travels around the country after she spent a day looking around.

Dr. Deborah Birx, whose tour has taken her to nearly 40 states, said she found the absence of face coverings and the lack of social distancing in Bismarck “deeply unfortunate” and a danger to public health.

North Dakota continues to rank first in the country for new virus cases per capita in the last two weeks, according to The COVID Tracking Project, and the Bismarck area has in recent months been a hot spot.

North Dakota Republican Gov. Doug Burgum has not ordered a statewide mask mandate, instead urging people to wear masks out of personal responsibility and care for others.

Burgum said he and Birx “have been in complete agreement since the beginning of this,” local media reported.

MILAN — Protesters turned out in Turin, Milan and other Italian cities and towns on Monday to vent their anger, sometimes violently, over the latest COVID-19 rules, which have forced restaurants and cafes to close early and shuttered cinema, gyms and other leisure venues.

In the northern city of Turin, demonstrators broke off from a peaceful protest, smashing store windows on an elegant shopping street, setting off smoke bombs and hurling bottles at police in the main square where the Piedmont regional government is based, RAI state TV said.

A photographer was injured by a hurled bottle, RAI said. Police fired tear gas to clear the protesters.

Hours earlier, some 300 taxis peacefully lined up in neat rows to draw attention to their economic losses.

In the business capital of Milan, police used tear gas on Monday to scatter protesters, and at least two people were detained, an AP journalist at the scene said.

GENEVA — The head of the World Health Organization dismissed suggestions from a top White House aide that the COVID-19 pandemic couldn’t be controlled, saying that giving up on suppressing the virus is dangerous.

On Sunday, White House chief of staff Mark Meadows said officials in the U.S. would not be able to control the coronavirus because it is “a contagious virus just like the flu.”

Asked to respond to Meadows’ comments at a press briefing on Monday, WHO director-general Tedros Adhanom Ghebreyesus said that “giving up on control is dangerous.”

Tedros said that while the U.N. health agency agreed with the U.S.’ priority to protect the most vulnerable from COVID-19, more stringent measures should be taken to stop the coronavirus.

Tedros called for both governments and their citizens to each do their part to contain the pandemic.